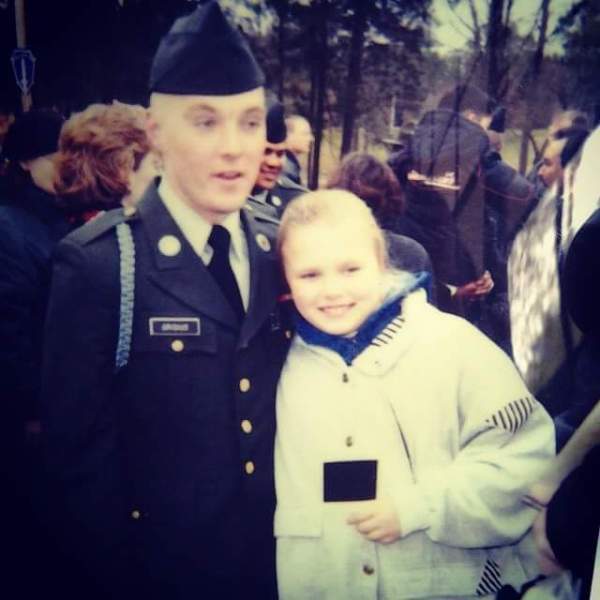 You might get the impression I regret my service. Not the case. I volunteered, I reenlisted, and I’d do it all again. If I didn’t have the physical issues I’d of probably kept things bottled and still be going. I even liked the deployments. No bigger rush than a gunfight or being the first man through a door.

I’d like to say I was a born patriot. Joined the army to defend my country. Reality is, I was running from problems.

In a lot of ways the army saved my life. I didn’t have a lot of positive things going in my life when I joined. I was on the death or jail route. At the time it was an escape and something to make my Mom proud. My rational was no matter how far off the rails I went. She could say at least he served.

Joining and seeing the 3rd world, seeing a country either 1st or 2nd world prior to shock and awe, and bringing that perspective back home made me appreciative. Appreciative of the lucky dice roll I had being born in North America.

That appreciation turns to guilt when I think about my issues. No matter the problems I have they could be worse. I know that first hand. Sometimes I have to step back and be appreciative. I’m grateful for many things.

I’m grateful for the opportunity to grow in life. To start my journey in one place and have the option to succeed or fail. I’m appreciative of the fact my children can grow up to be anything they want to be. When I was young I believed I could be anything I wanted to be. I would have to work hard, make the right decisions, and perhaps make some sacrifices; but I was free to make those decisions. That’s not the reality for a lot of people in the world.

I wasn’t exactly making the most of my opportunities. I was busy reveling in chaos. The military gave me some discipline. A little order to my chaos. I got the chance to work with some of the best men I’ve ever known. I’m a member of the infantry brotherhood. Saying I made some friends would be a shameful understatement. It gave me the opportunity to get an education without the debt. It gave me the opportunity to meet my wife, and start my family.

I can’t say where my life would have wound up. The universe has always tugged me along. I wouldn’t have been able to imagine this. 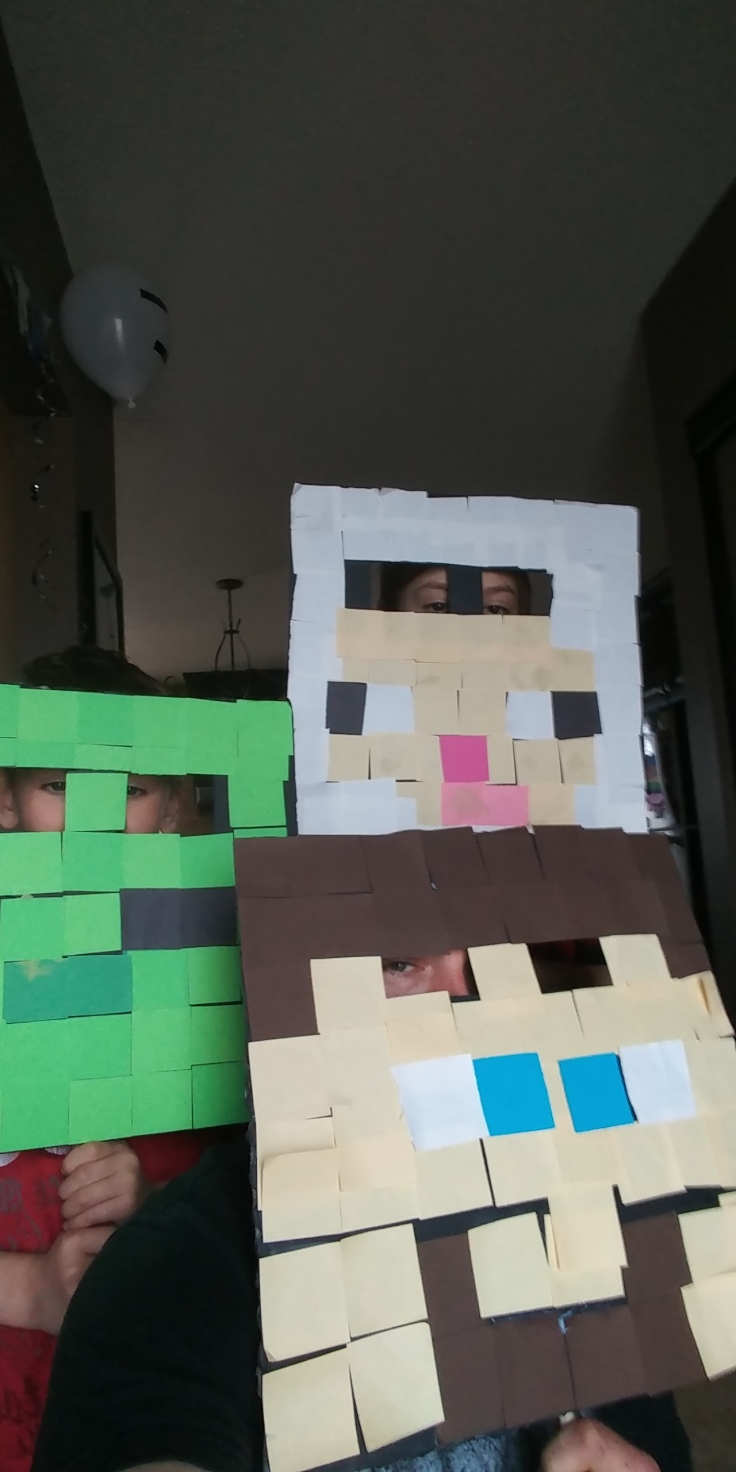 So this is gonna hurt a little. No matter how hard you tug it’s not coming off fast. I been picking at these scabs awhile.

Every now again I’d get good and drunk and start walking down memory lane with someone. Enthusiastically recalling my glory days. By the end I’m half (maybe a lil more) crying about how I shouldn’t have come home. The enthusiastic civilian is a little jarred and probably walks away questioning my sanity. I go to sleep and shove all those little demons back into their cage. Rinse and repeat every few months or weeks depending on my drinking cycle.

The first time I reached out for help it was because I was being pushed to do so. It was after a compensation and pension appt. with Veterans Affairs. I can’t remember exactly what I said, but something along the lines of needing some mental health support. I ended up waiting several hours after my appt. to speak with a nice lady who may not have been prepared for what I had loaded up.

I told her about a gentleman in Ghazaliyah. He crosses my mind more often than I’d like. I think partially because I understand, as a father now, the calculated risk he took. I wasn’t a leader at the time, and during my deployments only led a fire team. So my knowledge of what was said is nil. Plus I’ve been blown up a few times so it can get a little fuzzy up there.

I know he had spoken to us at some point and we returned to speak with him again. When we got there his wife informed us he had been drug out into the street in middle of the night. He was doused in gasoline and set ablaze. It was our job to police up any bodies in our sector. We did so. When I finished telling this nice lady my story, with some of the finer details intact, I looked her in the eyes. The expression there, I’m not sure if it was disgust or horror, but I ended the session than and there. It was over 5 years before I’d reach out for help again. 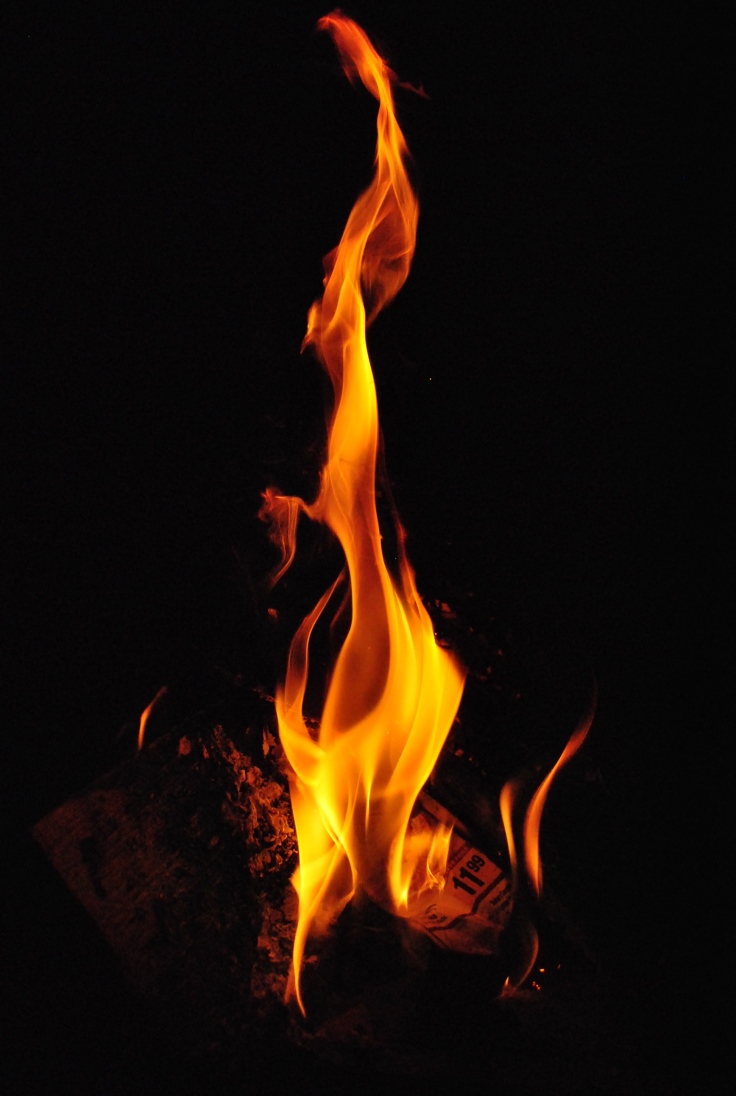 In all honesty her being a mental health professional at a VAMC (veterans affairs medical clinic), I’m sure she has heard some horrible things. She very well may have been a vet herself. I wasn’t ready to tug at those wounds. Saying it out loud, sober, hurt me in a way I wasn’t expecting. I probably rationalized to myself she didn’t want to hear what I was saying. I knew I didn’t want to do this at that time. I was still trying to figure out life. I had a young family, and was trying to use my GI bill. I had to put the lid back on things, and keep myself together for my family.

I still felt like nothing bothered me than. Being hyper alert is something I don’t think I’ll ever let go of. To quote General Mattis “be kind, be courteous, but have a plan to kill everyone you meet.” Just in case they try to kill you, you can be ready. Knowing where the exits are isn’t a bad thing either. In case of fire. At that point in my life I didn’t feel I had too many issues. Underneath though were things that I hadn’t even put words to yet.

One of the issues I have to put behind me the most. One of the ones I know is less rational. Is this survivors guilt. I was fortuante in my tours. Only one soldier from the two platoons I was with didn’t come home. From the trips with me anyway.

He was my team leader before I deployed to Afghanistan. He picked me up as a soldier at a rocky time. A time when I had just gotten UCMJ and he could have wrote me off. He dusted me off along with my platoon sergeant and taught me to drive on.

When I got in country I moved over to the weapons squad. When the incident happened weapons squad was rotating with the squads on local patrols.

I’m going to digress. I was going to explain some of the ways it could have been me. I have sliced it up so many ways in my head. I’ve tried to think of ways I could have been there and he could have come home. None of them work. They just eat me up. Make me feel like nothing I’ll ever do will be good enough to justify the life I still have.

That fucking hurt to write. It’s a Thursday Monday it’ll be 4 weeks I vape not smoke. I could use one now. I try to honor him. The other soldiers we lost along the way. Rational me knows there was nothing I could have done. E-I owe you one, I was where I was told to be. Sorry to any of my Outlaw brothers reading this. I know we all have some version of this wound. Scar or scab. Hope I didn’t get yours. Wasn’t my target when I started.

Honestly when I started writing this I was just gonna talk about how when you start to address it, it’s gonna hurt. It might seem like it’s getting worse, but it has to come up before it comes out. I’m hoping that making this journey will be worth it. That I’ll be able to control my panic attacks and let go of my guilt.

They say insanity is doing the same thing repeadtedly while expecting different results. Bottling and repression just lead to explosion. So I guess I need to try something new.

Thank you to those of you who have taken the time to read. I hope your journey finds you well.

My life after door kicking. I’ll be coming up on 10 years post military life. I thought I made the transition within a few months of seperation. Now, almost 10 years out, I have realized that in some ways I am still transitioning. From my expectations of co-workers, the way I attack both my personal and professional problems, and my recent diagnosis but obviously not recent development of PTSD. In these ways, and many more, I am still trying to carve out my place in the world.

I have come to gain some appreciation for my position in life. Partially because I’ve realized that while I am not where my civilian counterparts are (in some respects that may not be a bad thing) but my journey has taught me to weather the storm. I can say I am not where I thought I would be, in almost every aspect of my life. Adapt and overcome is still the motto, and most of my plans to this point haven’t survived first contact.

Selfless service is one of those core army values sometimes during our service we start to become a little cynical about. How ingrained these values become inside of us and our work ethic is something I was somewhat oblivious too until I transitioned. My first experiences post military were in the educational environment as I tried to use my GI bill. I had some expectations as to the level of investment some of my fellow students would have. Some of them impressed, while most showed that they weren’t bankrolling their education. Most of the ones who were clearly devoted to their education were later in life students. This level of enthusiam and investment continues to show itself in the professional world. A world in which I can’t say I excel to be honest.

I have found that the problem solving skills I aquired in the military have left me better prepared than most of my peers to deal with problems. Whether it be backwards planning or just simply attacking problems head on, I seem to be on a different wavelength than most of my coworkers. Many problems I see as easily accomplished my coworkers would find them insurmountable. Running off to find the boss for guidance. Somethings however aren’t A to B. Addressing some problems with the “soft knock” have side effects not easily apparent.

Trying to figure out how I fit in this civilian world has been a challenge. There is quite a few reasons why it took me this long to get a diagnosis of PTSD. I will get into some of these issues in a future blog. For the purposes of this blog though I am addressing some of the issues that have made me feel like somewhat of an outsider amongst the civilian population amongst whom I now reside. I have some issues in crowds that make me uncomfortable in normal social settings. Places like concerts, movies, and to some extent even shopping malls while social hubs for some people are places of discomfort and paranoia for me. My issues with driving cause me to minimize my involvement with other people. I have obliviously become more and more of a recluse over the past decade.

I am now making strides towards getting help. I have always found writing therapeutic. Getting things out of my head and onto paper. So while I work on the professional end of things I thought I’d share some thoughts. Feel free to reach out with your comments or questions.