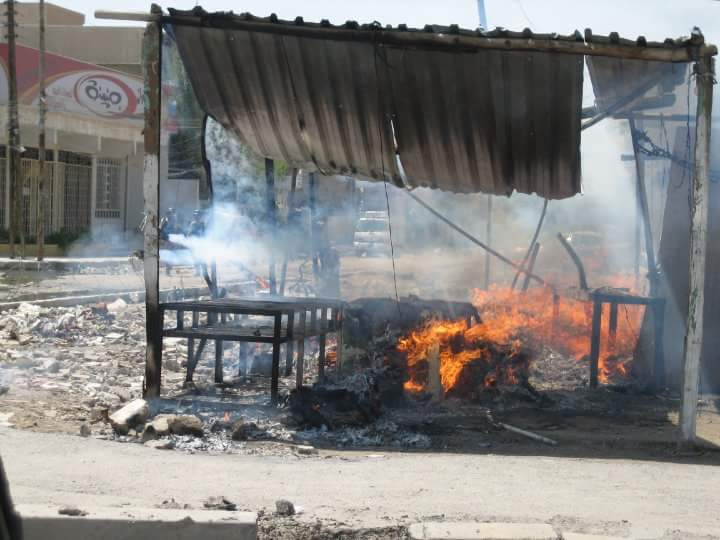 This is my second post, but it’s actually the first one I wrote. As I was writing I thought there might be more people feeling like I was. That’s what took this from me thinking I’d keep a journal to sharing it as a blog. I’ve been putting off writing this blog, blurb, or essay. Much the same way I put off acknowledging my PTSD, or how it was affecting my life. My wife was aware, depsite my mean poker face. Part of me knew something was wrong. I was content to act like nothing was , and hope that everything would work itself out. I was afraid of what might happen if I acknowledged it. One of my fears was somehow accepting that I was having issues would give those issues credence. In some ways it has. I felt if I continued to deny my mood swings, hyper vigilance, and panic attacks that I was maintaining some sort of power over them. A second issue that has kept me from confronting my issues was the incredibly complex beauracracy that is the Veterans Affairs. VA is difficult to navigate and even more so to get results. I convinced myself that bringing my issues up would somehow make it more difficult for fellow veterans to get the support they needed. The final concern I’d like to discuss is the stigma of being a veteran with PTSD. Many people assume every veteran has PTSD, and those preconceived notions added some hesitance to my desire to seek help.

A little introduction. I joined the U. S. Army Infantry at 17 in 2002. Oct. 2003 a month after turning 18 I deployed to Afghanistan. It was a physically demanding deployment. We lost a good man, and most of the squad I was in prior to deployment was injured during a local patrol right outside of our firebase. For some rational and irrational reasons I brought some survivors guilt home from Afghanistan.

In July of 2005 I deployed to Baghdad Iraq. While in Iraq we hit a lot of IEDs (improvised explosive devices). Close to a dozen struck vehicles I was riding in. Sometimes I was driving, and sometimes I was the gunner. Towards the end of the deployment I took over a fire team and had the pleasure of hitting a few IEDs as the truck commander (front passenger seat). During my year in Iraq there was an unhealthy amount of sectarian violence. I was prepared for war, but sometimes it felt like we were bystanders to the real war going on around us.

I included these blurbs about my deployments so my fellow grunts and soldiers understand where I’m coming from. I was not on the toughest, highest casualty deployments. Both the units I deployed with had good leadership who were focused on doing the job while bringing everyone home. When I think of crazy deployments the battle for Fallujah and the Korengal Valley come to my mind, and I have to tip my hat to those men. My grandfathers stories of Vietnam and Korea put my deployments into a certain perspective for me. That perspective made it difficult to see that the issues I am facing are still valid. I still needed to face these issues for the sake of my family. The reason I wanted to put this out there is to help somebody suffering in silence. If your using reasons like mine to justify not getting help, remember this, our mental state doesn’t just affect us. Our families suffer along with us. Whether they’re suffering vicariously or directly, getting help and improving our quality of life can have a butterfly effect throughout our circle.

A lot of things I thought I was internalizing were written all over my face. I thought I was sparing her. What I was actually doing was, putting her in the uncomfortable position of knowing something was wrong; but not knowing what if anything she could do.

The straw that broke the camel’s back for me was this incident: I was driving with my wife and 2 sons in the car. It was a normal clear day. I observed some innocuous piece of garbage in the grassy median. I was in the left lane with a bus to my right. For some reason I thought to myself “that’s not an IED.” I immediately after that thought began to have a panic attack. This was not the first time I have had a panic attack while driving. It was however the first time with my family, or anyone else for that matter, in the car. I thought I was controlling myself and playing it off. Meanwhile trying to catch my breath and not pass out. Feeling stiff, but trying to maintain control of the vehicle. My wife asked “babe are you ok”? I choked out a “yes” and continued on. We spoke later that night, and I realized I needed to confront it. I have made strides. Still much in need of growth and acceptance. Not an acceptance from others. An inner acceptance of what is, was, and still can be. Cue the meditation music.

I don’t know if anything here hasn’t already been said before. As much as I’d like to be inspiration or motivation for someone to seek and find help. I probably find organizing and getting these thoughts down on paper therapeutic in it’s own right. I will say this though. Step back and look at the reasons you use to justify not getting help. Acknowledge whether they’re valid or excuses. If they’re excuses move past them. We must do so, if not for ourselves, than for those sharing our lives.

3 thoughts on “PTSD on the Smaller Scale”